In reading K.M. Weiland's materials on structuring a novel, I appreciated her concept of the protagonist's 'normal' world. A writer doesn't have to present the ins and outs of a character's universe, but she has to fully understand them before the novel's events can disrupt them.

As we near the 10th anniversary of publication of the first Jolie Gentil mystery (more on that later), I'm starting the 12th book in the series. It will join a prequel, novella, and a long short story. And since it's been months since I wrote any of those, I'm making a new list of Jolie and Scoobie's normal world.

So much has changed. Jolie entered Aunt Madge's Ocean Alley Cozy Corner B&B as a woman who recently separated from an embezzeler husband who'd stolen from her as well as others. Can you say jaded?

Some readers didn't like her. They said she was self-centerred. Well...yes. A lot of people who've been hurt badly can be self-focused. She made some dumb mistakes and evolved. 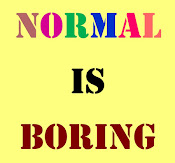 Her early normal (in the series) was as a single real estate appraiser getting reacquanted with old friends, making new ones, and being dragged into volunteer work at the food pantry. Turns out she excels at bossing people around for a good cause.

Jolie is still a real estate appraiser, but now is married with two kids, helps run the B&B, and continues to manage Harvest for All Food Pantry. That's a rough sketch of her current normal, but thinking through subtle aspects is more complex.

For example, I chose a career that could interest women and men, and had her involved in things such as local economic development and concern for those who may need extra help. But those are asides as she solves mysteries. Readers aren't looking for perspectives on town activities or empathy. They have to be subtle.

While I find her four-year old twins hysterical, their role can't predominate or I'll lose readers with no interest in kids. In addition, favorite characters are Aunt Madge and Scoobie, so normal needs to include clear roles for them. Especially since Aunt Madge has recently been elected mayor of Ocean Alley.

Once 'normal' is clear, what could disrupt it enough to add solving a mystery to her already busy schedule?

I'd love to hear thoughts on what Jolie and Scoobie's everyday routine could include. I've learned a great deal from readers' comments. I can always absorb more.