Writing Fast: Sometimes You Get Lucky

There's much to be said for banging away for a while on a new book or article. Essentially, you are grabbing the most prevalent ideas and organizing thoughts as you write.

You hope so, anyway. It's also possible to write 5,000 words and wonder why you got to a stopping point. The answer may be that you didn't spend enough time gathering thoughts early in the writing process.

I cannot claim to be an outliner or a pantser (as in one who writes by the seat of a pair). Usually I get an idea, or perhaps an opening sentence, and write the equivalent of a chapter before deciding if the idea is worth growing into a book.

I have a lot of one-chapter folders with the start of a story that did not advance. 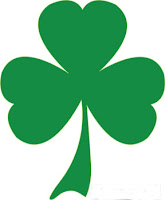 I also have a lot of finished books that started the same way.

For me, nothing gets finished without stopping to make notes about where a story is going after that first few thousand words. Oddly, some of these notes are on the Sunday program at my church, usually not while listening to a sermon. Most are on a yellow pad in a coffee shop or at my desk.

These broad brush notes become scenes and then chapters, and the ending of a mystery is not always what I thought it would be when starting. It probably would be more efficient to do a detailed outline, but my brain is simply not wired that way.

Perhaps my most useful habit is doing a reverse outline, by chapter. There is a great deal of detail, far more than if a publisher asked for an outline. Essentially this reverse outline becomes a guide as the book progresses. It helps me move scenes or remember if I planted a certain clue.

At the bottom of the outline I make quick idea notes, some things I may want to use later. While more cryptic than the reverse-outline bullets, I need enough detail to jog my memory later. It's amazing what leaks out over the course of a few days.

I have always liked the expression “luck is what happens when preparation meets opportunity," which is attributed to the Roman philosopher Seneca.

I wrote plays and stories for years, but my best preparation for books was years writing nonfiction for work. I think quickly. Sometimes that leads to writing before an idea is well-formed, but mostly not.

Lately, several friends and I have been feeling especially grateful that we can write books for a living. Semi-retirement and ebook publishing hit concurrently. Some might say we got lucky, but I prefer to think of it as the Scout motto coming to fruition.
*     *     *     *     *     *
Check out Elaine's web page or sign up for her newsletter
Posted by Elaine L. Orr at 5:48 PM No comments: