Considerations for Your Home Writing Space

I have been asked many times if I write at home or go somewhere to write. I do a mix. If you work at home, do you need a private office? No. That said, a private desk or corner is important.


Clutter may not bother you, but it can distract you. You don’t need a fancy desk, but a reasonably clear writing surface can keep you focused.

I bought two sets of kitchen drawers (they’re about 42 inches high) and placed a hollow wood door on them. Plenty of room for supplies, and table space for a couple of printers as well as the laptop.


However, doors are big. When we moved to an apartment, I ditched the door and got the local Lowe’s store to cut a piece of particle board to a size that fit the space I needed.


If you think this is a high desk, it is. I can stand as I write, or adjust the desk chair so it’s high enough to sit. If you always want to sit, put the board on a couple of two-drawer file cabinets.


Some considerations for an efficient writing space are:


If little feet patter through your house, make sure tiny hands can’t grab a hanging cord and pull a printer on their heads.


Finally, take a break. That writing space will be an even more efficient place to work if you take a morning or afternoon walk or jog.
*  *  *  *  *
Check out Elaine's web page or sign up for her newsletter.
Posted by Elaine L. Orr at 2:27 PM No comments:

As a lifelong reader, you recognize good fiction. Two of my favorite authors are Anne Tyler and Jeffrey Eugenides, both of whom write what is termed literary fiction. I’ve learned so much about developing characters from reading their books.

I read lots of cozy mysteries (my genre), especially M.C. Beaton, Parnell Hall, Meg Muldoon, and Carolyn Haines. You may want to write in a genre you’re very familiar with, or you may have an idea for something completely different.

A story can come instinctively. Writing to satisfy readers can take study and practice.
Learning to Write Fiction
A verbal storyteller engages with an audience through gestures, tone of voice, and facial expressions. Your book can only compel via words on paper or on an ereader. That's harder.

Fiction ideas often creep up on you. To bring them to fruition you need to develop a setting and cast of characters—to say nothing of a plot. 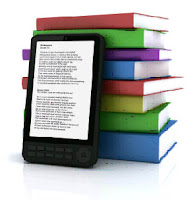 Unless you are an exceptional writer, you need to learn a lot before publishing something good enough to earn respect -- and income. Yes, read good books by successful writers. Also read about structure, character development, setting, dialogue, and related topics. Readers deserve your best.

While you can learn a lot from books, it helps to talk about writing with others and perhaps learn in a classroom or similar environment.

There are writing classes at community colleges, workshops offered by regional arts organizations, and writing conferences. Most years, writers' magazines such as The Writer or Poets and Writers provide lists of conferences. Check your library.

There are many online classes now. They can be expensive, though not all are. I always prefer in-person learning, but your location or schedule may not permit that.

Some of what you will learn in any method is basic-–in a mystery, the villain cannot be someone introduced in the last scene, nor can the reader know a character’s thoughts but not be informed of everything that character knows.  John Gilstrap (author of the Jonathan Grave books) put this aptly in a daylong course I took–-these are cheats.

In romance, if the only thing keeping a couple apart is miscommunication, a reader will want to bop them on their heads and tell them to pick up the phone. A children’s book has to use appropriate vocabulary for the age group.

You can probably think of important points in other genres. Personally, when I read science fiction, I want a description of the aliens. I don’t need many details on the humans.

Mastering Suspense, Structure, and Plot: How to Write Gripping Stories That Keep Readers on the Edge of Their Seats, Jane Cleland. Especially good for mysteries.
https://www.amazon.com/dp/B01C9GRT7E/

The advantage of publishing for a number of years is that you can create a lot of busy work. I like to keep my mind occupied. But in the weeks leading up to a surgery (for which I had to travel a substantial distance and stay for a week), my mind focused on that. I did write a couple of chapters of Final Operation (3rd in the Logland series), but not much.

So, while my mind was busy with surgery prep and recovery, I finished editing (9th version at least) Writing When Time is Scarce and made pages of notes for Final Operation. I tweeted some (not enough) and drafted a press release. I did a newsletter. Naps and knee exercises. I did a lot of those. 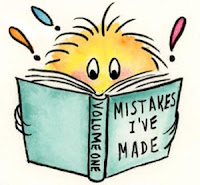 I also made the biggest mistake of my ten-year publishing career.

Each time I finish working for the afternoon or evening, I email (to two accounts and usually my sister) a copy of what I've done, and save the work on a flash drive. I started this with fiction in the late 1980s, except I had no email and copied files to a floppy disk Every. Time.

As I was leaving Chicago to go home, I didn't email or download the final proof version of Writing When Time is Scarce. No big deal, you say, it's on the computer. Yes, it was. But the computer was in  the mail. I couldn't carry it on the train, so I had sent to the hotel a ten-year old, small Acer computer via USPS. It arrived safely (minus the battery -- never mail a battery) and I used it all week.

I mailed the computer home at the end of the week. When I got home, I realized I had no final proof copy. I told myself to chill. The computer would be with me in two days. No big deal.

Except, it didn't arrive. USPS held it in Chicago for three days, saying the address it was coming to was incorrect. Luckily, I not only had the tracking info, I'd taken a photo of the label. The address (my home) was accurate. I hadn't taken that many pain pills.

My local post office was as helpful as they could be, but they couldn't do much. Did I mention the book was on preorder and final copy needed to be loaded within a week? Yes, this was cutting it close, but the book had been done for weeks, I was simply doing a final read-through.

I went into full panic mode. I'd loaded the most recent version to Amazon and ordered a paper proof, which arrived home before I did. I downloaded the html version from Kindle Preview. Then I reformatted the entire ebook. And then inserted those chapters into the prior version of the paperback. This took more than a dozen hours, but at least I had the correct version of the book. I had found several typos to fix, so I needed the most recent version.

Two lessons here. Always remember to send and download those backup copies. And never do anything important when taking mind-altering drugs. Oh, the computer did arrive -- one week late.

Now it's time to practice what I preach, which is to get back on task. For me, that means work on fiction. And double check everything else I wrote when taking those pills.
*  *  *  *  *
Check out Elaine's web page or sign up for her newsletter.
Posted by Elaine L. Orr at 10:19 AM No comments: