Springfield, Illinois is fortunate to have a nonprofit organization called Compass, which hosts after- school homework help and activities at several local elementary schools. In the summer, Camp Compass brings together children from around the city -- part fun, part maintaining skills during the long break.

Compass Director Molly Berendt asked me to teach a couple of sessions on writing to kids roughly ages eight to ten. Hmmm. I lecture a fair bit to adults, but elementary school children?

It took a couple of weeks of thinking, because 'writing' is not always a favorite activity for children. Plus the difference between the skills of eight and ten-year olds is great. I finally decided to read a story, and then offer an exercise disguised as fun.

You probably read O. Henry's The Ransom of Red Chief in school. Bottom line, some industrious kidnappers are more than willing to return their red-headed victim. I had wanted something with humor and a surprise ending, and I abbreviated the story to accommodate the timeframe. You could have heard a pin drop as they listened.

The adage of a picture being better than a thousand words is apt. What if we had a picture and the kids had to come up with the words, a.k.a., tell a story? 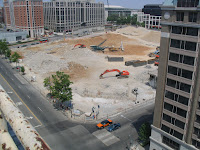 As an amateur photographer of sorts, I have thousands of photos  on my laptop.  First, I chose the construction scene at right. Actually, it's a destruction. These are the remains of the old DC Convention Center, taken from a (usually locked) porch on the 11th floor of a nearby building. Anything with heavy equipment would garner interest. Right? Sorry to say, several of the ideas dealt with burying bodies at the site. 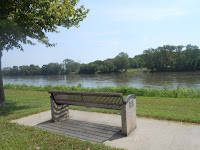 Next, something peaceful. My River's Edge mystery series is set in a fictional town along the Des Moines River in Iowa, so I could load several albums with those photos. This bench faces the river in Keosauqua, Iowa. These stories were sometimes more cheerful -- two involved rescuing children who fell in the river.

The third photo was the first to come to mind. Years ago, a young niece and nephew visited me for a week in Iowa. Aside from the unusual aspects (for them) of visiting a farm and sitting at a  train station watching the Amtrak go by, we visited a playground. My then four-year-old nephew found shoes and socks encumbered his actions. When I noticed he wasn't wearing them, here's where they were. I promise, this is not a staged photo.Don't ask how he got over the fence. I must have had my back turned.

Stories about the playground tended to involve a child being kidnapped, but unable to take his shoes and socks. Vivid imaginations, these kids.

I had 5 by 7 inch copies of each photo, and sheets of paper for them to write or draw on. Plus pencils and crayons, of course. Each sheet had one of the pictures on top, so they'd remember the photo. No one had to talk about their work, but about half of the twenty or so kids in each group did.

Since I don't usually teach children, I found this invigorating and exhausting. I liked the idea of starting an exercise with a photo. Maybe I'll use it with adults...
*     *     *     * Check out Elaine's web page, sign up for her classes, or receive her newsletter.
Posted by Elaine L. Orr at 8:53 PM No comments:

Though most of my audiobook listening is of others' books (I'm devouring Daniel Silva's and Louise Penny's at the moment), the past six weeks I've been reviewing three of my own as they moved through the production process.

Like many authors, I work through ACX to find narrators, listen to their draft chapters, approve the books, and let readers know how to find my audiobooks. ACX is an Amazon company, and books appear on Audible, Amazon, and itunes. ACX also creates a supportive system for authors who are way more used to keyboards than microphones.

If an author is tempted to record his or her own book, studying the ACX help pages will help her rethink. Not that a writer might not have the expensive equipment and audio editing capabilities. You simply have to ask yourself why you'd want to spend soooo much time recording when you could be writing.

I'm always grateful to narrators. A book that ends up as a nine-hour production may take them 30-40 hours of work. Why? They first read to understand the books as a whole, then learn the personas of the various characters. Even if the books are read more than acted (which is my preference), the narrators vary voices somewhat. I can't imagine how hard it is to remember how they did a voice for secondary characters who may not appear in every chapter. 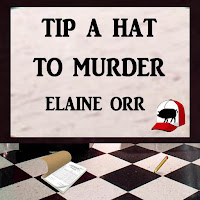 The first book to come out in the last two weeks was Tip a Hat to Murder (narrator Kevin Iggans). Set in small-town Illinois, Tip a Hat to Murder also has some rowdier (and funnier) characters and more focus on the investigation itself than life in the town than some of my other books. Still, no graphic violence. The protagonist is the local police chief. Usually my sleuths are amateurs, so this was a departure. 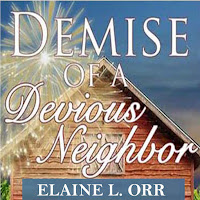 Second to appear was Demise of a Devious Neighbor, narrated by Brad C. Wilcox. Authors like all their books, but for some reason I especially loved the way this second book in the River's Edge series evolved.

It could be because I have the most vivid mental pictures in mind -- the book is set in Iowa, where I happily lived for years. I also had a lot of fun with plot twists in this one. 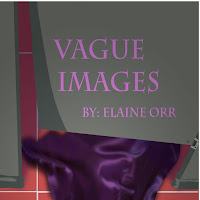 Last but not least is Vague Images, narrated by Paula Faye Leinweber. Paula also did the first two books in the Jolie Gentil series. She really 'nails'  Jolie's personality and irreverent thinking. For the eleven books in the series (ten and a prequel), only three are left to be recorded. In fact, the ebook and paperback of The Unexpected Resolution will only be out next week.Whew! Vague images also brings into focus a romance element in the mystery series.


The full Jolie set should be finished by the end of the summer (only two left). You can check out all my audiobooks at  my web site. I have them organized by the sites that sell the books, to make it easier to find the ones that will play on your device. Amazon   itunes  You can also search for me by name (as Elaine Orr and Elaine L. Orr) on Audible.

I'm proud of and grateful to these narrators. Links to their web pages are also on my site.

Finally, while audiobooks can be expensive, I did a blog post on finding affordable audiobooks. There's something about bring the characters to your ears as well as your eyes that makes them more real. You don't want to miss the chance to 'see' them through your ears.
*     *     *     *     *     *
Check out Elaine's web page, sign up for her classes, or receive her newsletter.
Posted by Elaine L. Orr at 9:21 AM 1 comment: