Why is it so Hard to Write Sometimes?

"Ideas are like rabbits. You get a couple and learn how to handle them, and pretty soon you have a dozen."

With apologies to Mr. Steinbeck, it doesn't always work that way. Plus, long-haired rabbits make me sneeze.

At the moment, I've figured out the basic elements of a new book -- lead characters, overall plot, timing for major events -- and so on. I even have a rough draft of the first couple chapters. So why am I not halfway to the middle?

For me, it usually means I have a lot on my mind. I do, at the moment, but nothing insurmountable.

I think about the action a lot, and the pause in writing has led me to come up with really good title for the thirteenth Jolie Gentil cozy mystery. I'm trying to do something different, which is to have a second point of view character, one who has been away from the series for a while. That's hard to do. But why hide from hard?

Apparently, I'm doing this post to figure out why I'm not writing more. So, I'll commit to having a full first draft by the first week in November. That's a scary thought.

Don't let me off the hook.

Email ThisBlogThis!Share to TwitterShare to FacebookShare to Pinterest
Labels: find time to write, Write in bursts, writing a book, Writing a few paragraphs

When to Keep a Secret and When to Tell Readers More

Authors who write a series -- whether sci fi, fantasy, mystery, romance, or family saga -- grapple with how much to tell readers about what happened in prior books. The second choice is whether to do it through narrative or dropping pieces of information in dialogue.

A lot depends on whether you write in first or third person. Whether a book uses a narrator or not, those in third person can have paragraphs of description about current or past events. The main character(s) in first-person novels can ruminate or discuss events in the past, though the information has to be part of the flow and not a convenient dump of material.

As my longer series progresses, reviewers will sometimes say it helps to have read some of the earlier books rather than jump in at, for example, book ten. I agree, not so much because of the plot but because the characters' lives have changed over time.

The bigger question, especially with mysteries, is how much to reveal about past books in the book underway. Readers don't always read books in order (I don't), and they may not want to go to book two if they learn what happened as they read book five.

One of my favorites is the Virgil Flowers series by John Sandford. Flowers is a state investigator for Minnesota, so he works fairly independently. In each book the rich character development and subplots keep things moving. And I love the humor. 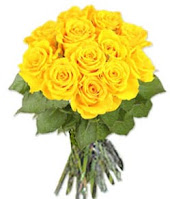 Sandford does refer to past cases, usually by having characters comment on Flowers' success. Sandford doesn't dwell on them, and if some time passes between reading the books, a fan likely wouldn't remember the prior references -- except for the Trippton school board, which comes up a lot.

A friend who read a draft of Any Port in a Storm commented that no one would read a preceding book because I'd told the bad guy's identity and what he did. I realized that I could refer to an important point in the prior book without giving anything away. Since then, I carefully watch for this.

However, when it comes to the characters' lives, knowing some past events or general history can be important. In the Jolie Gentil series, I always mention that she and Scoobie first met in high school and didn't see either again for a decade. Other aspects of their -- or other characters' -- history or life stories may come up now and then, but not too much. Even more rare are details of prior things Jolie has looked into.

I had pages of notes on the backstory for the Jolie Gentil series and kept wanting to mention some of it. But readers didn't need to know much of it. So, I wrote a prequel. Jolie and Scoobie's High School Misadventures pretty much got that out of my system.

Authors make hundreds of decisions as they write each book. The what-to-reveal choice is one of the clearer ones. Like most options, it's up to the writer, and whatever s/he decides will be right for the book underway.