Remember when Halloween became a holiday for adults? I do -- roughly the mid-1980s. I lived in the Washington, DC area at the time, and it was great fun to wander around Georgetown in costume.

Lots of classics deal with scary things. I suppose every mystery does, in a way. The best ones present situations you think you could actually find yourself in. And with most of them, it's the anticipation of the scare more than what actually happens.

The scariest story I remember was one of Sir Arthur Conan Doyle's Holmes Stories -- Adventure of the Speckled Band. One woman has died and her sister worries that she will be next. It's a classic, so I think a spoiler is okay.

Holmes' logic considers all options, but ultimately we learn that the evil murderer sends a snake through the air vents. It crawled down a bell-rope and bit the sister. Of course, it had to be a wealthy family, which would have a bell-rope to call servants. It's Watson's point of view, but my mind was "with" the sister, Helen, waiting for someone to kill her.

I was propbably twelve or so when I read it, and I had to sleep with a light on for a week or more! That's a sign of a truly scary story. And we certainly didn't have a bell-rope.

If you're looking for other spooky stories, I recommend The Legend of Sleepy Hollow, by Washington Irving and Will Moses. Agatha Christie's Hallowe'en Party: A Hercule Poirot Mystery is intriguing, but not the kind of story to make you look over your shoulder.

If you want some new stories, check out Trick or Treats: Tales of All Hallow's Eve (A Speed City Crime Writers Anthology). I like the way this SINC chapter describes the holiday -- All Hallows’ Eve, when the veil between the afterlife and this life thins, and the night fills with wonder and dread.

I believe that the best way to write enough to publish is just to keep writing. Well, duh. What does that mean?

Ideas for stories come fairly easily. What does not come eaily is bringing those ideas to fruition in a story that matteres -- and all good stories matter, whether they deal with a serious topic or something that may be thought of as frivilous.

Sometimes you reach a point and realize a story has nowere to go. It's buried in the "maybe later" file and you go on to something else. If that happens too often, it may mean your "keep your buns in a chair" gene is not working properly. My gene has been known to wander.

Writers have different indicators for when a story is stalled. We may: 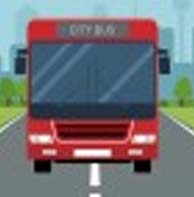 I used to place characters on a bus or train. In Falling Into Place, I have the grandpa accompany a sick child home from school on a city bus -- because he wasn't sure what they'd do when they got to his place.

In Toxic Traces (which will never see the light of day) I put several characters on the D.C. subway. As if that would get to the next plot point. In both cases, I took long breaks from the stories as the characters got their bearings.

These were early books. Now I know I can't stop. I always have ideas for scenes, so I'll write a few paragraphs or pages even if I don't know how they'll fit into the story. I generally use the scene in some way, but even if I don't, the process of putting pen to paper has continued.

Of course, those who outline carefully before starting Chapter One will say, "See, this is why you outline." I do make notes as I start and along the way, but I'm way too impatient to outline. One of these days a diversion will waste too much valuable time. In the meantime, I enjoy the ride.

Soon after I wrote this, I read K.M. Weiland's new post, 6 Questions to Help You Avoid  Repetitive Scenes. I commend it.