I'm always jotting notes, sometimes in a notebook other times on odd pieces of paper. The challenge is remembering what my abbreviations mean.

Today a friend mentioned a Mark Twain quote: "I've never wished a man dead, but I have read some obituaries with great pleasure."

It would be a great thing for a character to say upon learning of someone's death. Then the death is ruled a homicide and people remember him/her saying this. Opens the door to wondering about motive.

I'm working on the third book in the Family History Mystery Series (Mountain Rails of Old). The idea won't fit there, but at some time it will come back to me.

All Genre Fiction Has Common Elements...Which One Gets Made Fun Of?

Fiction is whatever the author chooses to create, in terms of characters, setting, and plot. Many of the most well known books would be called liteary fiction -- To Kill a Mockingbird, Catcher in the Rye, Water for Elephants, Middlesex.

These books may tell grand stories or focus on the thoughts and actions of ordinary people. What they have in common is their distinctive nature. They are not as easily categorized as mystery, romance, science fiction, fantasy, historical fiction, or horror.

Each of these modalities -- genres -- have typical features, and authors who want to keep their audiences should meet the expectations for the genres.

Fantasy creates an alternate world -- it could be similar to "ours" (as with the Harry Potter series) or could be totally, well, fancifal. Think Peter Pan or the Lord of the Rings. trilogy. These novels are very different from one another, of course, and often have a strong adventure element. And the reader knows they will be transported to a mythical place.

Though mythical, the stories have to make sense for the world they inhabit. A creature (or human) can't suddently develop the ability to fly simply because he or she needs to cross a wide ravine.

As a mystery writer, I need  to present a puzzle, whether it's to be solved by someone in law enforcement, an amateur sleuth, or the wise analyst who doggedly pursues evil doers. The antagonist should be a worthy opponent for the detective, and there have to be enough clues or sufficient foreshadowing that the revealed bad guy makes sense. It's great if a a reader thinks, "I never saw that coming," but not good if they say, "That doesn't make sense," or "The ending came out of left field." 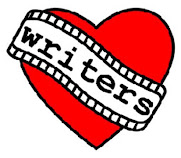 Readers of romance expect a meaningful setting and a story that focuses most on the relationship between the two leads, be they opposite or same sex. They want a happily-ever-after ending, shorthanded as an HAE. That doesn't necessarily mean a lifelong commitment.  Romances have many other components-- depending on the sub-genre and whether the author injects elements of -- for example -- mystery or family saga.

For some reason, I've heard a number of authors imply (or outright say) that romance is a 'simple' genre, one perhaps not worthy of their skills. These opinions may come from some early category romances, in which communication problems between the woman and man got in the way of romantic progress. Even thirty or forty years ago, books that relied only on that theme didn't hold up well, and those authors vanished from bookshelves.

For a romance author to succeed, she (sometimes he) has to tell a complex story with strong characters. I dare someone to say Nora Roberts or Nicholas Sparks writes simple books.

I have to reign in my temper when I hear someone put down the romance genre. If it's so simple, why haven't the critics written a few and sold tens of millions of copies?

My impatience comes from disliking nonspecific criticism of any genre, but especially because I find adding romantic elements to a story to be very hard. It requires consistent suspense that's quite different from the mounting danger sleuths face in a mystery.

Writers of romance are supportive of one another, as reflected in Romance Writers of American being the largest organization of writers in the world. I joined for a while, in large part because RWA has chapters throughout the nation and it's neat to be with other writers. I've migrated to another chapter-based organization, Sisters in Crime, which is comprised of sisters and misters.

That brings my final thought, which I express reluctantly. Are people more willing to denigrate a genre whose authors are primarily women? Horror writers are largely men. I've not heard anyone make fun of constant blood and guts or question why vampires can only be killed with a silver spike through the heart. At least, if there is disdain, it isn't volunteered among groups of writers.

Okay, that's my pet peeve. The next time I hear someone express their prejudice against romance fiction, I can hand them a copy of this blog post. I'll tell the critic I look forward to their next bestseller.

I'm fortunate to be able to attend, via Zoom, a book club I reluctantly left when I moved from Indiana to Illinois -- the Women of Mystery Book Club (WOMB). As with most book clubs, I often would not have read a book had others not suggested it. Once I started writing, there's so little time to  read.

This month I suggested we  read a book by Tess Gerritsen. I've heard her work praised, but had never gotten to it. We ended up with The Bone Garden, an intricately plotted book set in the 1830s and present time. Since I'm looking to history for part of my newest series, I was delighted with the choice.

I learned Gerritsen's work can be spell-binding. Also grittier than I generally read, so a woman who had had/plans to have children might not want to listen to the audio version. I did. I can't say I enjoyed the details, but I never wanted to turn off the CD.

What I especially liked was her reference to the work of a Hungarian physician, Ignaz Semmelweiss. He played an important role in advancing hygiene in medicine, especially obstetrics, and I saw a play about him, by Harold Sackler, in Washington, DC, in the 1980s.

The play was en route to Broadway and needed fine-tuning, and I always thought Sackler would do that. He died a few years later, so perhaps that was why the play seemed to, too. I was so touched by the play that I visited the library in the Kennedy Center to read it. I believe it's one of the few playbills I've kept.

The fact that Gerritsen drew Semmelweis's work into her book says a lot about her research. I plan to read more!