Like most people born in the first couple decades after World War II, I had a dad and uncles who fought in that war. They all came home, though it's safe to say that some of them lived quietly with emotional trauma. They saw many people die horrible deaths.

I include troubled veterans in a number of my stories. They aren't 'bad guys,' but they are anxious or unsettled. I don't want people to forget the sacrifices they made.

A veteran features most prominently in Falling Into Place, the story of Everett and his family. It would be called literary fiction, and I sell few copies. I think it's the best thing I've written. Life is funny like that.

My dad's poetry dealt with loss several times, though it wasn't presented as battlefield deaths. His Portrait Through Poetry mixes his poems with letters he wrote to his sister during World War II. I put this as the last one in the book (published after his death).

What Does the Future Hold? by Miles D. Orr

The snow will melt and we will see

that the rivers will always flow to the sea.

The tide will always ebb and flow

the sun will rise and set aglow.

The rain will come and the wind will blow,

thunder and lightening will hit below.

The earth will tremble and start to shake,

our homes will sway and begin to break.

And when the mountains decide to explode,

we will have a sea of lava, without a road.

I wouldn't call this pessimistic, but there an air of fatalism he didn't seem to have as a young man (based on stories from aunts and uncles).

And those letters he and his sister exchanged? They talked a lot about the books they read. She would send him one and he'd pass it around his tent, and read those the other flyers received from their families.

Can You Start Writing Before Knowing the End of a Story?

The short answer is "sure," but the longer one would be, "Start if your characters and their motives are known, as well as the setting and how it contributes to the story."

If you write series, these items would be clear, but that's not a green light to meander as you write. My suggestion would be that you know at least these four things:

1) The main characters' regular routine(s) -- because you are about to disrupt their lives. How do they spend their time? What matters to them? Who do they love or especially dislike?

2) Understanding of what will disturb their daily life. It doesn't have to shatter their routines, but it has to spur them to action of some sort. Action does not have to be dramatic -- the outcome it generates does have to matter to readers.

3) The ability to plan ahead at least a few chapters.

4) Options for how the main characters can resolve the situation/tragedy/romantic break-up so they can get back to their routines -- even if those will be altered.

I've adapted a phrase I learned when writing nonfiction reports. It is: If you don't know where you are going, how will you know when you get there?

In fiction, if you don't have an idea of where you are heading, how can you prepare the characters and readers for what they need to know as the book progresses? For example, you could add foreshadowing later, but that can result in choppy writing.

I usually do these things and have at least a couple pages of notes about where I want the story to go. Sometimes an idea seems so good I jump in and start writing. That usually results in a stall after 15 or 20,000 words. Then I do some more heavy thinking.

Leaping into an idea can also lead you to think that's where the story should start. That's not necessarily so. It's where you needed to start writing, but it could end up as the middle of the book after you figure out more aspects of the story.

I'm somewhere in the middle of the panster/outliner equation. I write a better book when I do more planning, but I'm not capable of doing a full outline. Too impatient.

When I do a post, I look for outside resources to refer readers to. K.M. Weiland's comprehensive blog and writings often have something. Lo and behold, this week she has Six Ways to Find Your Best Ideas Before You Start Writing.

It's a good approach. Most writers have lots of ideas pinging around in their brain. Weiland offers a thought process to filter through them.

Email ThisBlogThis!Share to TwitterShare to FacebookShare to Pinterest
Labels: how do you write a book, improve your writing, learning to write 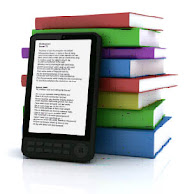 I often encourage readers do download MOBI files from Smashwords and email them (via Amazon's Kindle email) to their Kindle to read. I can thus easily give away free books even if they aren't on Kindle Unlimited.

New Kindle ereaders will only support epub, which has become the gold standard for ebook formats. I'll have to tell readers to send themselves epub files, which they can download from Smashwords.

MOBI, which has been unique to Kindle, has been the platform's software since I started publishing in late 2009 and early 2010. It feels a bit like losing a notebook that has all the information you need for a test.

For authors uploading books in MS Word (as I do), there will be no difference. And I can still mail myself long grocery lists as PDF files (they arrive as documents, not books).

This is the email I received from Amazon. It's geared to customers who email things to their Kindle, not authors.

Dear Kindle Customer,Thank you for using the Send to Kindle service to send personal documents to your Kindle library. We wanted to let you know that starting August 2022, you’ll no longer be able to send MOBI (.mobi, .azw) files to your library. Any MOBI files already in your Kindle library will not be affected by this change.MOBI is an older file format and won’t support the newest Kindle features for documents. Any existing MOBI files you want to read with our most up-to-date features for documents will need to be re-sent in a compatible file format.Also, compatible formats now include EPUB (.epub), which you can send to your library using your Send to Kindle email address. We’ll also be adding EPUB support to the free Kindle app for iOS and Android devices and the Send to Kindle desktop app for PC and Mac.If you have any questions, please visit our help page or contact our Customer Service team.Regards,The Kindle Team

Email ThisBlogThis!Share to TwitterShare to FacebookShare to Pinterest
Labels: Kindle drops Mobi, Mobi will soon be a thing of the past, what are the alternatives to MOBI
Newer Posts Older Posts Home
Subscribe to: Posts (Atom)