Target Your Audience - or Miss Them

A friend and I were discussing how to reach more readers and I commented that I have begun spending more time skimming books in my genre (cozy mysteries) to see what the best selling authors do well. "Oh, I just write and don't worry about that," was the reply.

Every author has their own technique for getting words on paper or, very important to me, selling them. I wrote several books and plays thinking only about the story and characters. At the time I hoped to publish them or see them produced. Now I'm glad they weren't, as what I've written since is better.

What helped me sell more books was putting more thought into what people want to read. I don't mean simply doing research on search engine optimization (SEO), which means figuring out which items come up most in search engines.

For those who don't know, one approach to SEO is going to Amazon and starting a search relevant to your books. For example, type in "cozy mysteries with" and you get: 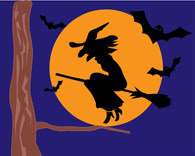 This means people looking for cozy mysteries often type in these types of queries. If you haven't started a book and you don't care about the protagonist's profession, these are popular today. They may not be when you finish your book. That's why you probably want to pick a sleuth's profession that interests you or you are comfortable writing about.

Enough about SEO, especially since I said that wasn't my main purpose.

I believe the best way to learn what readers want is to read reviews -- of your own books or those of other authors in a genre. I'm not talking about the one-line I love/hate this book, or the ones that mostly repeat the plot synopsis.

Many readers write very thoughtful comments. For example, I was surprised that several reviewers  said the Jolie Gentil character (in early books of my Jersey shore series) was not likable or was self-centered. Part of it was intentional on my part (we would all tend to be more self-absorbed after a husband embezzles money from us). I had not intended for some of her internal thoughts, which I found funny, to be thought of as snarky.

I believe I've made her more likable. At least those comments don't appear for newer books. I didn't have to do that, but it made sense. Readers wanted a protagonist they felt more sympathy toward.

I also learned Jolie was not the favorite character in the books, so Scoobie appears more and Aunt Madge and he got their own book for the holiday season.

You reach a lot of readers by making your books stand out for those with similar interests. My friend Karen Musser Nortman writes the Frannie Shoemaker Campground Mysteries. She and her husband are regular RV campers, so that puts her in contact with people who could be interested in the subject -- in fact she wrote the books because she could not find camping mysteries. She also advertises in publications geared to campers. Very smart.

I made Jolie a real estate appraiser because I wanted a profession that gave her a flexible schedule, and one that could appeal to men and women. In retrospect, I don't hang out with a lot of appraisers, so maybe another choice would have been better. However, I can get her in a lot of trouble in vacant houses.

I continue to read cozy mysteries of bestselling authors, even if the locale or profession isn't one I would usually look for. I learn a lot about good writing. Reading their reviews also tells me more about what readers like. Of course, they don't want to guess the ending early.

Many positive comments have to do with believable characters or settings described so well they can be envisioned. I don't do the latter nearly as well as some other writers, so if readers look for that, I may need to consider painting a better picture.

In essence, go where readers are. Maybe it's joining book clubs at the library or participating in Goodreads groups. I belong to groups relating to mysteries and to writing or publishing in general. Seeing other readers' discussions of what they like in a cozy mystery is really helpful.

So, write how you want in terms of style or substance. As always, it's the readers who decide if you've written a good book.