I've never been one to model characters on real people. It's always seemed limiting. Each August I realize that even though I don't populate fiction with familiar faces, my books are imbued with the traditions of time spent with family and friends.

Why August? I attend an annual family reunion in Southwest Missouri, and usually get together with one or two groups of long-time friends. This year I missed the Iowa book club, but spent a few days in the Colorado Rockies with gracious friends. I recommend the steam engine ride through peaks near Georgetown, CO.

August is also state fair time. If you want ideas for characters (all shapes and sizes) I recommend sitting near the major food tents or any vendor that sells edibles on a stick. You can skip the Midway -- no different than an ordinary amusement park.

The Iowa State also gives a flower-lover lots of images, especially if a major character in a series is a gardener. I didn't realize until I started reworking a novella this summer how much nature has featured in most of my books. You think you see what's in front of you, but the routine aspects of life can fade into the background.

My favorite example of ignoring the obvious came in the form of a wall of an A-frame living/dining area in a house I owned in Maryland years ago. After about six months, I had a dozen or so pictures on the largest segment of the wall. About six months later, I realized every one of the paintings and prints had water in them. No wonder one of my series is set at the Jersey shore.

Despite the visual effects of summer in several states, it's the people who leave the lasting images -- or help create new ones. In the Hobby Building at the Illinois State Fair, I watched one woman look at quilt after quilt. After passing her a few times, I finally asked if she had an item on display. "Oh, no. I don't think I could enter."

When I asked her why not, she said her work wasn't good enough to win. I pointed out that, while it's more fun to win, I've entered items and not won. (Nothing so creative as a quilt.) I love looking behind the exhibit glass at something I entered. I told her I'd look for her next year. Her face is etched in my brain, so she may end up as a character in a book I'm considering.

More than specific people being fodder for fiction is the lasting impact of friendships on the imaginary relationships we create. In one series, I have a few friends who occasionally finish each others' sentences. One pre-publication reviewer remarked that I did that several times in a 60,000+ word book. "You don't have friends like that?" I asked. No, she really didn't. She doesn't know what she's missing.

Life is so busy, especially with school-age children or aging parents to look after. I wish everyone could have time for an 'August Pause.' And the friends to visit during that time.
*     *     *     * Check out Elaine's web page, sign up for her classes, or receive her newsletter.
Posted by Elaine L. Orr at 4:29 PM No comments:

Tell Readers How to Get Your Free Audiobooks

Authors who work with the talented narrators at ACX (which produces books for Audible) receive twenty-five free coupons for new books. These provide a great way to introduce new readers to the joy of listening to books in their car or jogging around the neighborhood. 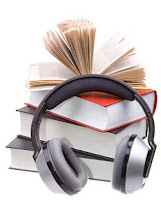 The folks at Audible have created a more passive way for readers to access books with a free trial membership. It's easy.

Go to www.audible.com and find a book you want. When you click on the book title, part of its address will be its asin (a unique Amazon ID number). Place that ASIN after the following address:
http://www.audible.com/offers/30free?asin=
Make sure you leave in the = sign.

Since this is for a free trial membership, it's obviously not for current Audible members. However, every ACX/Audible author who has a new book can ask ACX for twenty-five free coupons. That's right, coupons they can give to reviewers, bloggers, or enthusiastic readers.

Most authors have websites with contact information. If you see a new book, it's worth asking an author if they have free coupons. We love to hear from readers.

Of course, you can always head to your library for books on CDs. Ask your librarian about borrowing digital copies of audiobooks. So many books, so many ways to listen, and so little time!
*     *     *     * Check out Elaine's web page, sign up for her classes, or receive her newsletter.