Wrapping Up and Looking Ahead

If you think about it, December 31st isn't any different than January 1st. Or July 22nd. But we've decided that January 1st is a chance to pledge some promises. I'm not good at keeping them, so I rarely make resolutions. I'm proud of one.

In the late 1980s I decided to eat no chocolate for a year. Not to lose weight, but because I thought of sweets as only chocolate and I wanted to broaden my choices. Okay, I hoped to lose a couple of pounds, but that wasn't the primary goal. I learned I liked butterscotch, and ate no chocolate for twelve months. I'm back to M&Ms, but I still like butterscotch.

In 2019 I will read more. Since I started writing 30-40 hours each week, I read less. I have hundreds of books on my Kindle, but I mostly read nonfiction. That's fine, but my own writing would be better if I read more fiction.

I take out three or four audiobooks a month from the library. I'm in the car a lot, so I'm guaranteed at least a few books. Every now and then my mind wanders as I listen, but it's rare. Why don't I bring the books into the house? I could listen while I do dishes.

At a charity auction in November I bought an under-the-counter radio with a CD player. Remember those? If I can figure out how to install it, I won't have to move a CD player into the kitchen.

Of course, anyone under 25 who reads this is saying, "CDs? You use CDs?" Yes, though I have a few digital audiobooks. I'm too cheap to buy many for Kindle. I do visit the used book room at the library and buy them for a few dollars each. It's like money in the bank in case I can't get to the library.

Two weeks ago I discovered that Kindle audiobooks can be listened to on Alexa. I had just bought a spare Echo Dot to take when I travel. Maybe I will have to buy more audiobooks...

Whatever your resolutions for 2019, I wish more joyous reading in the new year.

Books for the Holiday Season 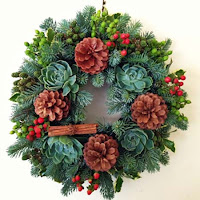 Whether you celebrate Christmas, Hanukkah, or Kwanza or you don't want to hear one more thing about "getting ready for the holidays," I have a reading list that will help you wind down each evening. Other than the two lists (since I can't know all the best books), I've read all of these. A couple I've written.


Many versions of Dickens' A Christmas Carol populate Amazon and other sites, some illustrated. It's darker than the kind of tales you'll see today, but the story is timeless. If you've only seen the movies, try the book. Most libraries have multiple copies.

After promising a list of books, I have to add my favorite Christmas story, a movie, It's a Wonderful Life. I saw the move for the first time as an adult, when I was sad about something. I can truly say it affected my outlook on life, then and now. Right now it's also free on Amazon Prime (that's not the link I cited here).

The first story I remember as an adult (okay, high school) was O. Henry's The Gift of the Magi. A young couple has no money to give each other a gift, but each makes a meaningful sacrifice to secure one. Many copies are free on retail sites.

Parent Magazine's eclectic mix of books for children is delightful. (I might add many are for children of all ages.) It covers the three major celebrations, and most are secular, though there is also a beautiful tale of how the animals in the stable welcome Baby Jesus and his family. While most deal with Christmas, others deal with Hanukkah and Kwanza.

The Mission offers a list of the thirty best Christmas books. I found several I'll read this year.

Publisher Annie Acorn LLC does a book of Christmas stories each year. My favorite is Snowbound for Christmas, which is a good introduction to the group. Click on that one (currently a 99 cent bargain) and you'll gain access to the other years' books. (Okay, I'm biased, Annie publishes my River's Edge Series!)

Mildred Mistletoe Fixes Christmas is my take on how families can help each other when their teenagers figure out one of them needs a boost. One reviewer says, " This is a story about human problems that are lessened by human kindness--and just a tiny nudge from a wise cat."

A Few Mysteries with Christmas Spirit...

There are good reasons why Karen Musser Nortman's A Campy Christmas has 159 reviews and some readers think it should be a Hallmark Christmas movie. It's part of the Frannie Shoemaker Campground Mystery series, but you don't need to have read the earlier books. The crew gets stuck in a Christmas blizzard, and finds a gift in helping others.

Murder in Christmas River is the first of a series by Meg Muldoon. I've read many of them, and like them a lot. Protagonist Cinnamon Peters is a baker who cooks up more than her trademark entry to the annual gingerbread competition.

Holidays in Ocean Alley, the ninth Jolie Gentil mystery, finds Aunt Madge solving a murder in Silver Times Senior Living. But she also realizes injured people need more than a lift to the hospital, and organizes a giving opportunity. Enjoy the humor.

Final Cycle is my second book in the Logland Mystery. Chief Elizabeth Friedman works with the eclectic Logland residents to solve a murder that takes place during the Christmas season. Doesn't sound very "holidayish" but be assured the warmth of the season comes through. You can preorder through December 23rd, when you'll receive the book. Final Cycle -- a police procedural with a cozy feel.

The Logland Series: Police Procedural with a Cozy Feel

When I started Tip a Hat to Murder, I saw it as a one-and-done novel, but I enjoyed the characters so much a second book was in order. It's been too long between books! Final Cycle will be released December 23rd, and is available for preorder.

I am experimenting with a sleuth who is not an amateur. I describe the series as a police procedural with a cozy feel. Other than having a female police chief as the sleuth, the books maintain the rest of the cozy mystery principles: the murders are off-screen, small town, very minimal swearing.
Quirky characters populate both novels, though I try not to veer into silly. These two books, and all others, will have the opening scene in the Bully Pulpit Diner. That doesn't mean that the murders will always take place there.The diner a good place to bring characters together from time to time.
I plan to maintain the practice of having the first chapter be third person and the rest first person, from the perspective of Chief Elizabeth Friedman. In Tip a Hat to Murder I had a couple chapters in distant first person with another character, but it's more of a challenge to have the story unfold from one person's capabilities. I like the immediacy of first person, and Final Cycle does that..

Why not an amateur? I decided I wanted the investigator to be someone who had a right to ask questions. For an author who usually has to think of reasons for a sleuth to pursue suspects (in the Jolie Gentil and River's Edge series), this was energizing.

To emphasize that this is a series (The Logland Mystery Series) I redid the cover for Tip a Hat to Murder. I'd love to know what you think.
Final Cycle was released on December 23rd.  Read both books free with Kindle Unlimited.
As always, let me know if you'd like a review copy. 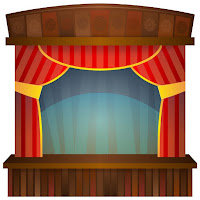