If there were a Lexicon Tribunal, this is the kind of missive it would produce.

It has come to the attention of the Lexicon Tribunal that there is a growing confusion in the land over which individuals have entered into the official partnership known as "marriage." After careful study, the Tribunal has determined that the cause of this consternation is the relatively recent decision of many women to defy the time-honored tradition of adopting the man's family name. 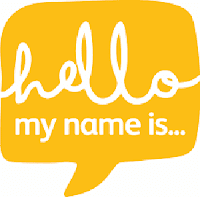 There seems to be no logical reason for this rash practice. The Tribunal foresees untold problems if this convention is permitted to continue. Will telephone directories, already bloated by the addition of second phone lines for fax machines, double in size yet again?

Will mothers-in-law be forced to learn their daughters-in-laws' names, rather than simply putting the prefix "Mrs." before their sons' names? How will nosy neighbors be able to tell the difference between married couples who have two distinct names and two people simply living in sin?

After holding extensive hearings, at which Tribunal members were repeatedly insulted for daring to raise the topic, we have developed criteria for determining which of the prospective partners' names should become the family name under which the marriage contract can be consummated.
Couples may not avoid the decision by combining family names and creating a hyphenated alternative. There is the obvious issue of length of names for succeeding generations.  It would not be long before mailboxes would have to be elongated, check sizes would be extended, and return address labels would be longer than the envelopes.

As a three-year old, my parents took me to a co-op nursery school in Garrett Park, Maryland, which was in walking distance of our house. Moms (I don't remember dads) helped the professional child care workers staff the one-room school.

I remember the pineapple/orange juice combo and graham crackers, and my mother standing at the edge of the room. She wore a pair of red plaid capris -- except they were called petal pushers back then.

The only other conscious memory is Danny F. crawling with a box on his head so he could knock down piles of blocks (a.k.a. castles) other children had built. We later went to the same high school, and I reminded him of his feats. He grinned, but had no other comment.

Lately I've been making a list of indelible memories. It occurred to me that something that rattled around in my brain for decades had to have stayed there for a purpose. In other words, can I use one of those memories in a book? No identifying block busters or others, of course.

A few other recollections are:
The list is much longer. I would encourage other writers to dig deep for similar memories. If you kept a journal from childhood, you probably have the ideas recorded. I didn't start until my late 20s, and I've been sporadic,
Is this important? No, but it does keep you writing when you're stalled.