What Don't I Get about Unreliable Narrators?

I picked up an author I hadn't read for a while and was halfway through the book (a thriller with your everyday serial killer) when I realized the characters were holding out on me. That's the polite way of saying the author cheated.

When I am in a character's head (their point of view), I expect to know what they know. Not what their favorite uncle gave them for their last birthday, but anything that relates to the story. Sure, a character doesn't spell out what s/he will do in advance -- that would be dull. But to get three-quarters of the way through a book before you find out the killer's motive is totally different than presented? Not presented by a reporter or neighbor -- told by the killer. Argh!

Writers approach their craft in so many ways, but the so-called unreliable narrator makes no sense to me. I read Mary Stewart's The Ivy Tree when I was twelve or thirteen. 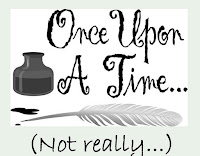 Every time my mom read a book I picked it up when she was done. In that story, a young woman shows up in a British town and spends the entire book denying she is someone who vanished years ago. At the end of the book, you find out she was in fact the long-gone woman. It was her point of view!

I told my mother I thought it was the dumbest book I'd ever read. Her response? "I meant to tell you not to bother." It was years before either of us trusted another Mary Stewart book.

Any comments from readers or writers about why they think this technique has become acceptable? Did it take hold with Gone Girl? I'm still furious about devoting time to that book. I like a mystery that's truly a puzzle to solve, not a 'surprise' ending because a character holds out on me.

I describe my blog posts as about reading, writing, publishing, and my occasional musings. Today, July 4, 2018, is a musing post.

It could simply be the perspective of an (ahem) older adult, but the Fourth of July did not arrive with my usual feeling of gratitude for our freedoms. As a child, I lived in a community with a morning parade and an afternoon of picnics and games. You sort of needed the water balloon toss to get cleaned up after the egg toss. Fireworks at night, of course.

A couple of years I won the essay contest for my age group -- always related to democracy or freedom. I don't remember the topics, but I kept the little plastic trophies for decades.

Now I live in an apartment complex on the edge of a larger city. There will be fireworks tonight, and parades probably pop up in surrounding towns. Neither are necessary to maintain pride in my country, so what am I missing?

I'm the only patron in Starbucks wearing anything red/white/blue. (After an hour-and-a-half a girl about eight came in wearing tie die colors. So, two of us.) I have on a flag and another button that is a peace sign in flag colors. One barista has a bandana with stars. Symbols are only that.

Words matter more. The preamble to the Declaration of Independence said it well:
We hold these truths to be self-evident, that all men are created equal, that they are endowed by their Creator with certain unalienable Rights, that among these are Life, Liberty and the pursuit of Happiness.

Actions matter most. I think one reason I love Star Trek is that its characters and a number of plots embody the concepts in the preamble. I do recall a Klingon objecting (in Star Trek VI) to the term 'human rights' as racist. Since we humans have not been able to discuss the preamble concepts with people from another planet, I think it works for now.

If only we could agree that all people have unalienable rights.When white colonists wanted to be free from what they regarded as European oppression, they wrote the preamble, and meant those words -- for themselves (not nonwhites or women, of course). We've made some progress, but not without a lot of protest and pain to get there.

Unalienable rights are those that cannot be taken away or denied. In the U.S., it seems they are still largely for people who have or can claim power. They aren't for those some people regard as alien, even if they are far more brave than many of us are.