Often, world building refers to creating cast/setting/story line for a fantasy series. I'm in awe of those who do this well -- Tolkien with The Lord of the Rings, J.K. Rowling with Harry Potter, and C.S. Lewis with Chronicle of Narnia. Star Wars and Game of Thrones (based on the books by George R.R. Martin) come to mind for movies.

I work in a middle school part-time and fantasy books are those most often checked out from the library.  So much reading is to escape, and what better place to bolt from homework than a fictional realm?

There are lengthy treatises about world building in fiction. If you want an overview, a Wikipedia article is a good start.

There is a degree of world building in some mystery series. By that I mean the characters and setting are so strong that readers look forward to reestablishing relationships as much as following the story line. I especially like Dorothy Sayers' Lord Peter Wimsey works and Jeffrey Archer's Clifton Chronicles. 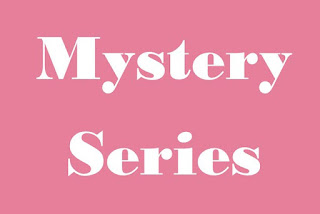 I also enjoy the Hamish Macbeth series by M.C Beaton and Virgil Flowers books by John Sandford. Hamish largely works in the same setting (with the quirky residents of Lochdubh and nearby towns in the Scottish Highlands), but Virgil is all over Minnesota. His approach to crime-solving can be unusual: don't take the gun out of the car safe unless you'll definitely get shot at, and involve civilians by telling people what you've found and getting them to help you. His nickname is also striking.

What keeps me looking for new books in the Virgil Flowers series are the relationships among several character (Johnson Johnson, Shrake, and Jenkins, and now Frankie) and dry humor. I would love to see him solve another murder in the fictional Tripton Minnesota, but I suppose it's too much to hope for another crime wave in that small a town. And yes, one character is Johnson Johnson, whose father liked outboard motors. He has a brother named Mercury Johnson.

I'm not as fond of series in which the protagonist has superb skills and ties to powerful organizations. I like my lead characters to be more fallible.

Blogger K.M. Weiland talks about world building in various posts on story structure. Naturally, I couldn't find a specific post, but the entire site is worth going through.

I challenge you to find a series that is so good you put aside writing your own book. Or at least doing laundry.