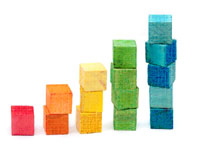 Hank Phillippi Ryan's talk to the Speed City Sisters in Crime on September 29 stressed how structuring a book well can keep a reader turning pages. True, we know a book has a beginning, middle and end --and you try to write so people aren't looking forward to the end.

Thinking of those three segments as distinct acts with separate purposes is a useful way to plan a story (even if you don't do a detailed outline) or assess a draft. Ryan suggested these distinctions for a mystery or thriller. They apply to other genres as well.

Act 1:  Establishes key characters (especially the protagonist), the environment in which they operate, the problem to solve, and why it matters that the situation be resolved. The sleuth knows what she wants to accomplish and readers learn her values. The act ends with something that propels the book to Act 2. 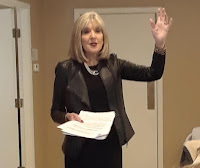 Act 2: The problem the protagonist faces, and efforts to solve them, become even more important. Obstacles keep resolution at bay, and the reader finds twists and red herrings. In a mystery, the bad guy realizes the good guy is after him, and begins to obstruct efforts to find him. Characters evolve and subplots may become more prominent at times. At the end of the act, something huge happens.

Act 3: The highest level of dramatic conflict takes place. At some point the situation may appear hopeless, but eventually the protagonist overcomes the obstacles and the bad guy gets what's coming to him. The resolution has to make sense. If the reader is surprised because the author hasn't built in clues or laid groundwork for the mystery's resolution, the reader will feel cheated.

Two general points were: watch out for dialogue that is simply chatter rather than advancing the action; and give the reader visual pictures, as if they're watching a move. That doesn't mean describe every room or article of clothing in detail. A couple of pertinent brushstrokes can paint the picture.

Ryan peppered her presentation with examples from many books. My dry retelling of her talk doesn't do it justice.

Ryan offers regular advice on a multi-author blog, Career Authors. I reviewed a number of her articles, and found they usually address ways to keep the reader engaged -- through effective use of point of view, ensuring that unneeded conversation comes out of a draft, and ending chapters (especially the first) in a way to propel readers forward. Add your name to the site's mailing list for regular updates.

And do pick up a couple of her books, thinking as you read. Read once to follow the action, and a second time to think about why the characters and plot 'work.'