Books that Stay in the Drawer

Writers hone their skills in many ways. Tried and true, of course, is write consistently.

I'm not sure if writing prompt exercises are bigger now than a few years ago, or if I didn't pay attention to the activities. Not saying my ideas are always good, but enough pop up at odd times that I don't go looking for them. 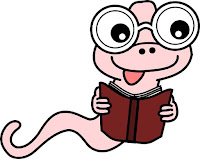 At one Midwest Writers' Workshop, an author said that when she gets stuck or isn't sure of the direction to go, she does a 'what if' exercise. Generally it's something unexpected or off the wall. In the context of what I write, that could be something such as, "What if [one of my amateur sleuths] got offered a job that tied her to a desk?" Or maybe, "What would happen if instead of a finding a belt in the closet, Jolie's fingers wrapped around a snake?"

I used the "what if" scenario at the end of one book when I wasn't satisfied that clues for the murderer were subtle enough. Wandering through my mind was the thought, "What if so-and-so was the murderer instead?" A bunch of things fell into place, and I changed the killer.

The idea must have been in my subconscious all along, because it was a seamless rewrite. When people say they didn't figure out the killer until the very end, I don't say neither did I. But it's tempting.

So, though I keep the three-inch folder, I'm about ready to toss it. I came to that conclusion because this spring it's twenty years since I finished the book. High time to head to the landfill. (No, not recycling. I don't want to risk inflicting that plot on an unsuspecting reader.)

I know a number of authors who have books they never tried to publish, or those that an agent or editor said wasn't salvageable. I call these learning books. A wise friend wrote five before she thought her skills were good enough to send the sixth to a publisher. That book was immediately accepted. She learned well.

Perhaps those who've completed learning books are writers who didn't get a creative writing degree. I took English and journalism courses (and wrote dozens of nonfiction reports), but writing fiction used very different skills. There is no reason to think we "know how to write" just because we know how to present cogent thoughts.

If you're working on that first book, check out my post on What to Read When You Want to Write. In fact, the first book on the list (Jane Cleland's Mastering Suspense, Structure, and Plot) won the Agatha this year for best nonfiction. Well worth your time. You might end up with fewer books in that drawer.
*     *     *     *
Check out Elaine's web page, sign up for her classes, or receive her newsletter.
Posted by Elaine L. Orr at 8:46 PM